As Exeter's only full-size, traditional brass band, we perform
at a range of events throughout the year. Like many brass bands, one of the key dates in our year comes around every March, when we compete in the Regional Championships organised by the West of England Brass Band Association (WEBBA). These 'contests' - in which multiple bands play the same piece one after the other, and are assessed anonymously by a panel of judges - provide an opportunity to develop musicianship, and to focus in depth on a single suite in order to prepare it to competition standard. We returned to competition in 2016, after a lengthy hiatus, and earned promotion to the Third Section in 2019. After the cancellation of the 2021 Regionals, we are looking forward to competing this coming March at the Riviera Centre, Torquay, where the set test-piece has been announced as Gordon Langford's Facets of Glass. 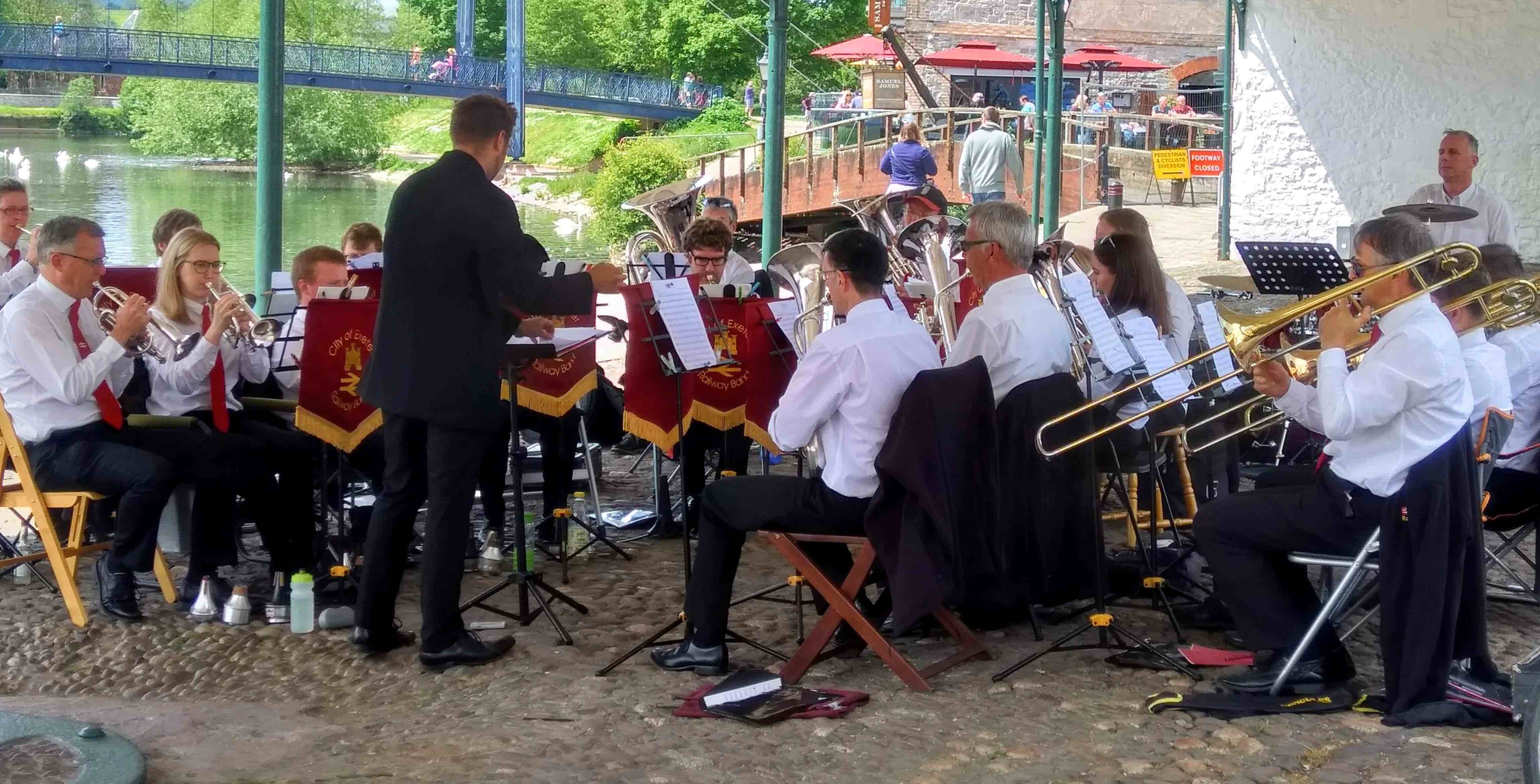 Outside the festive period, we enjoy performing at events across the region. We are a fixture of Exeter Quay's summer performance series, and have appeared in Newton Abbot's Courtney Park. Our 75th Anniversary Concert was held in 2019 to a packed-out St. David's Church, Exeter, and in November 2021 we performed at the Exeter Mint Methodist Centre to celebrate the return of live brass music after the lockdowns of 2020. 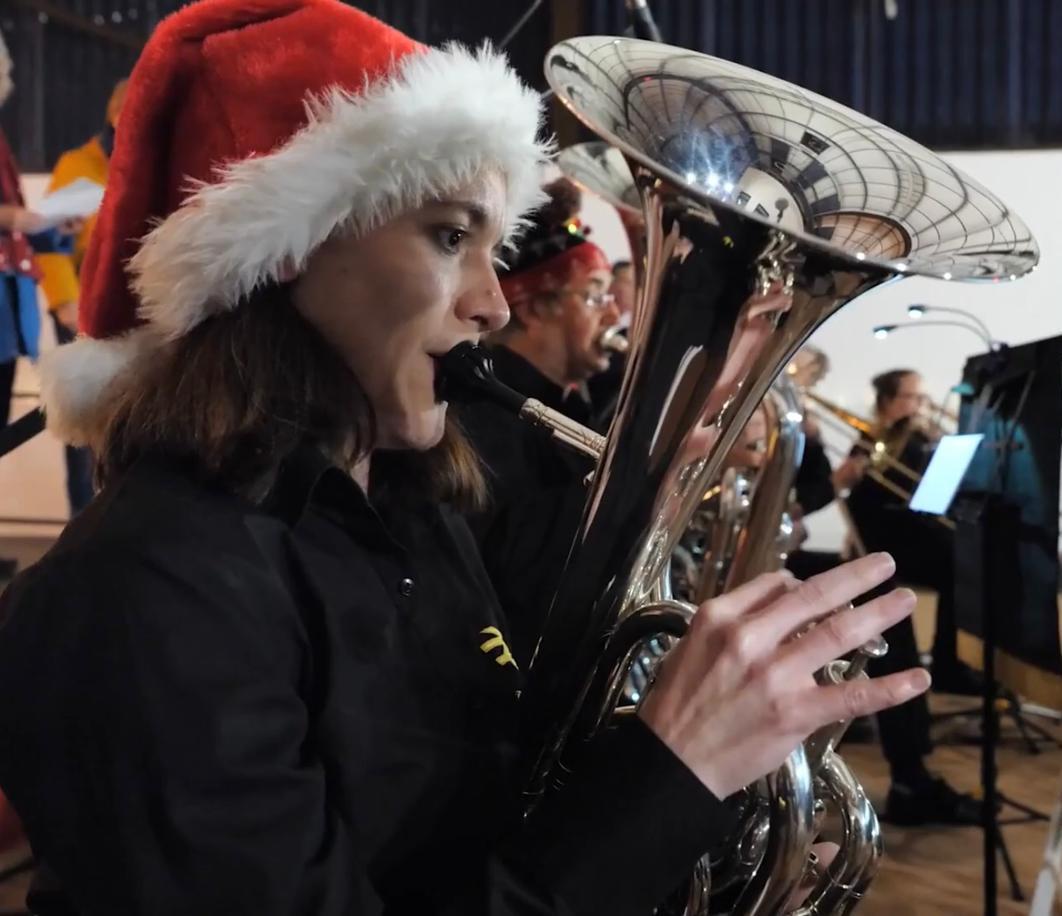 The Christmas period is always a busy one for brass bands, and the Railway Band is no exception. We're to be found most weekends in December playing carols outside supermarkets in Exeter, and are delighted to have longstanding arrangements with a number of local organisations to appear at their Christmas events. These include Exeter Cathedral, where we perform at the Lord Mayor's annual Carol Service; Sidmouth Donkey Sanctuary, where we add our warm sound to the 'Carols by Candlelight' evening; and St. Mary's Church in Seaton, where we're welcomed for an end-of-year concert. In 2021, we were pleased to be able to provide an online component for each of the former two events. Since the coronavirus-induced lockdowns of 2020-21, the band has enthusiastically embraced the 'distanced banding' phenomenon. After an initial foray into a socially-distanced hymn tune, from the famous 'red books' used by bands up and down the country, we were thrilled to go semi-viral with our next effort, where we took on Alan Fernie's barnstorming Prismatic Light. This piece has since become something of a signature piece for us, and opens many of the gigs that you'll see listed below. 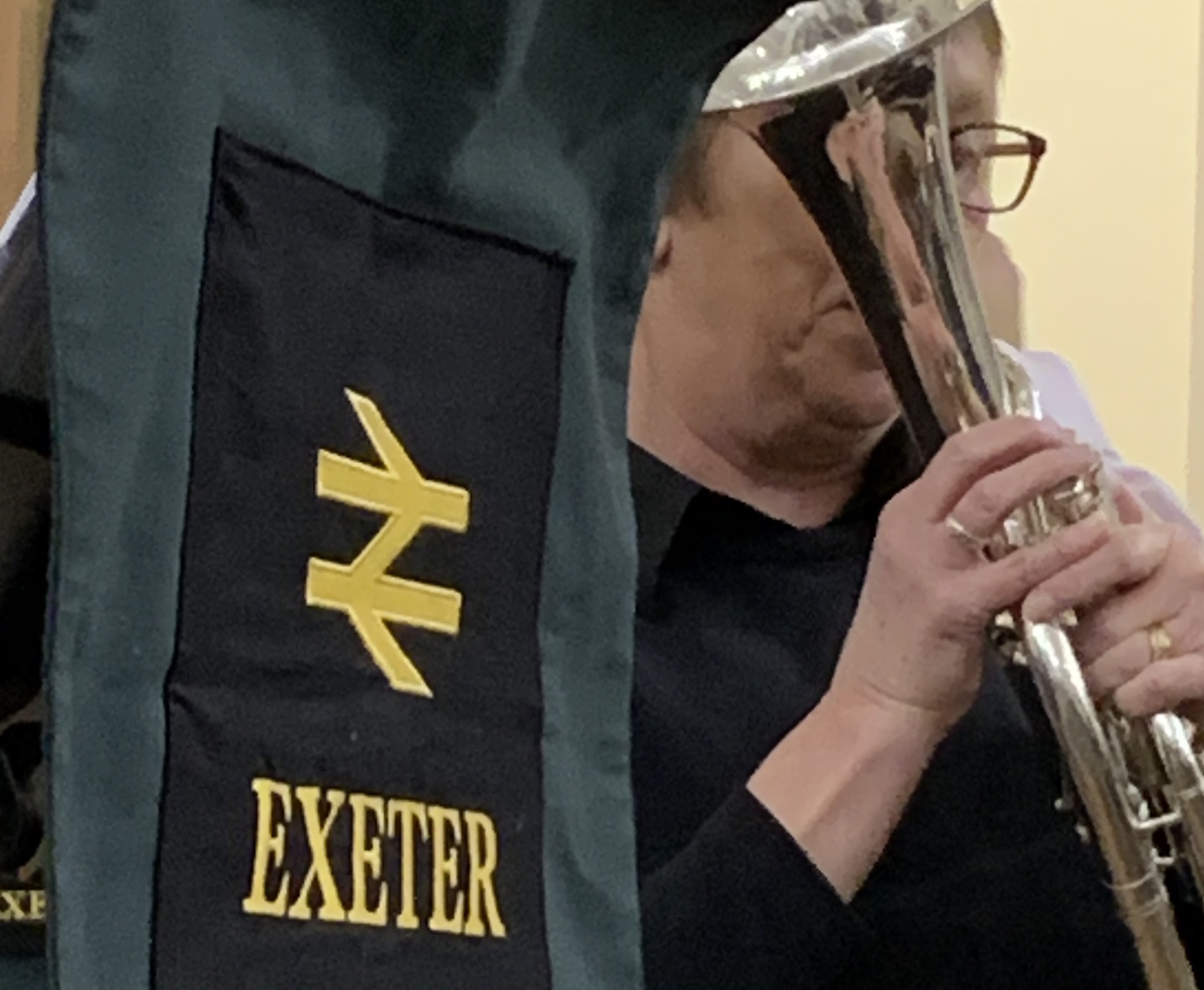 We take great pride in our work with individuals and small groups, and have played at a variety of private fuctions over the years, including weddings, sports events, and more. We can provide ensembles of a range of sizes, up to and including a full 28-piece band with percussion, and would be deighted to discuss your requirements. If you're interested in booking us for your event, we warmly invite you to get in contact with us via the link below.